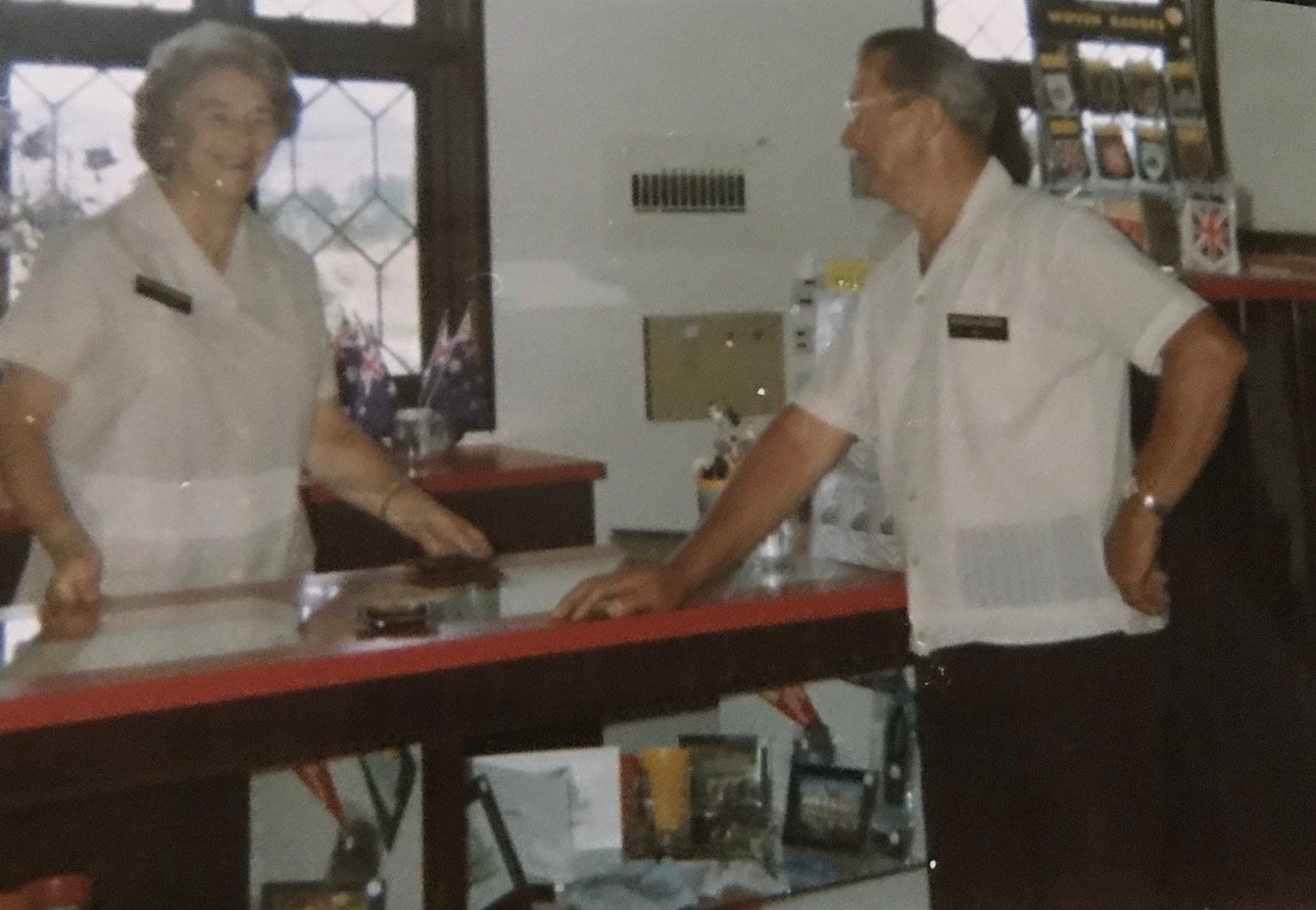 Having a dream is one thing, affording the dream is another. The business pavement is littered with unfunded or under-funded dreams. The reality is that the enthusiasm of a business idea is often not matched with the personal means to give life to the dream, or the pitch to potential dream funders is not met with the same enthusiasm as the dream’s creator.

Fortunately for Canberra and Australia, the dream of Doug and Brenda Sarah is not lying on the business pavement of littered broken dreams. The Cockington Green dream survived through sheer hard work, lots of heartache, dogged perseverance and a strong belief. And yes, it was always a matter of counting the pennies to make sure it ticked off the goals along the way.

For a bulk of the business’s 40 years, sitting alongside of Doug and Brenda in making the numbers add up was the founder of one of Canberra’s best-known, home-grown and successful accounting practices, DFK Everalls (as it is known today). John Everall remains a huge supporter of Cockington Green even though he is no longer active in the accounting and financial advisory business that bears his name, and nor does he still reside in Canberra having escaped to the Queensland sunshine a number of years ago.

“I have been having a very enjoyable time over a few quiet moments in remembering Cockington Green and Brenda and Doug’s passion for it,” said John after being asked to provide some of his thoughts on a journey that commenced 40 years ago.

A most affable man with a positive disposition and a disciplined and thorough approach, John was a good person to have around a fledgling business. Never one to baulk at a challenge, and with a strong sense of belief and loyalty, it was just like John Everall was meant to be there for the Sarah family as they embarked on their bold new venture. This really was a business like no other.

“Doug and Brenda were very early clients of the accounting firm and almost straight away, became one of my most favourite clients. I say that not just because of the pleasure that I got from relating to them, but also because their ‘vision’ for their business was fascinating in the challenges and potential that had to be met and overcome,” recalled John.

The Cockington Green story has been built on partnerships and relationships. Of course, the greatest example of that is Doug and Brenda themselves. John Everall was certainly considered to be an important member of the list providing a vital cog in the wheel of the Cockington family and the story of the business.

Cockington Green as a client for John wasn’t simply about doing the sums. His genuine interest in the business was always evident and he took mentoring as part of his service provision. He understood the eco-system that Doug and Brenda were creating within the Cockington Green family and signing up to that was not a chore – it was a natural fit for John’s own business model of building relationships.

Being there at the start is something that John holds on to tightly. It brings with it a special bond with a piece of Canberra’s history and identity. A private sector beacon in a sea of public institutions and monuments, Cockington Green was a pioneer at a time when the city of Canberra was urgently searching for more diversity, economically and socially. This was something that John understood innately and which he explored in various ways with Doug and Brenda.

John was fully immersed in Cockington Green’s progress both professionally and emotionally. That admiration and respect for Doug and Brenda noted before was found during any conversation with John on matters concerning ‘The Green’ as he usually and affectionately referred to the business. John’s guidance and advice was always listened to although he accepted that Doug and Brenda were making the important decisions in nurturing and growing their business.

Watching the business bloom from the earliest seeds sewn gave John an entrée into a remarkable journey from very humble beginnings. He was working with pioneers in every sense of the word. The land on which they would build their masterpiece was confronting to the naked eye back in the mid-1970s when it was just a paddock.

“They did an amazing job in sticking with their earliest ‘dream’ and built the Green from that bare earth, dips and mounds, with its solitary funny English looking house in the middle to what softened into what I would call ‘the first stage of the Green’,” John remembers as if it was yesterday.

The bare earth dips and mounds took John back to his first encounter with Brenda. Whilst Doug was never far from the discussions around the finances and funding of the business and its growth, Brenda was the lynchpin in those conversations with her sharp mind and natural aptitude to things mathematical and numerical. Her involvement in the business was far from just at a desk poring over the books as John found out very early in the piece.

“That ‘bare earth and dips’ was the scene that I remember best as a first meeting with Brenda. She was down at the bottom of what would become a lake applying the very messy and sticky fibreglass base. I can only imagine how she felt looking up and seeing me there looking all accounting formal and she is hot, dirty, hair definitely ‘no-so’ and still so proud of what she could see in her vision. A quick clean up, upstairs to that funny house and convert accountant to total advocate over coffee. She certainly did,” recalled John with the infectious joy that always accompanies his bright outlook on life.

Doing the books and counting the pennies is always a challenge. That can be the case for both established and emerging businesses. There are always moments when breaths are collectively held in making everything add up. John’s observations were that “Brenda loved and hated her ledger in equal proportions.” This was understandable and particularly the case in the early stages of the business.

“If it (the ledger) balanced, OK; if the sales/visitor numbers were up on last month, OK; but beware the day where the bank account just would not balance!” noted John with a cautious tone still recalling Brenda’s pursuit of absolute perfection in everything she undertook.

Transitioning the business through the various stages of its life-cycle was another of John’s mentoring and professional roles. From the beginnings it was Doug and Brenda inviting Doug’s sister Elywn and her husband Russ, along with Brenda’s mother and father, Marjorie and Bill Rose to join the venture. That was always going to involve some change down the track with people moving closer to retirement.

John was effusive in his praise of the way in which transition has occurred over the years at Cockington Green. He noted with pride, “Changes in life situations and ageing saw the Roses hand on their share of the business to Doug and Brenda and the subsequent complexity of growth into a company formation was handled with grace and confidence.”

John’s regard for Brenda and Doug gave him great confidence that their children, Mark, Sally and Melinda could ensure the longevity of their parent’s dream. He had also witnessed the children grow up from teenagers to adults and knew that their business education under the watchful eye of Brenda and Doug was of the highest quality.

John reflected, “The change to greater involvement of the children was a natural progression, but like all parents, and business owners, that period before final decision to hand over is always stressful. I think that Doug and Brenda handled this well, but I’m sure that they had several sleepless nights in making the decision.”

What John intuitively and professionally understood was that despite the transition, some things don’t change. The same questions asked when the business first stood on starting blocks almost 40 years ago are still going to be asked today. The language might change, the terminology might be different, it’s a different generation, but the basics remain.

The recognition of Canberra and the region as a major tourism destination is real. World-class institutions like the Australian War Memorial with its constant high international ratings on Trip Advisor, the multi Australian Tourism Award-winning Questacon, Parliament House accessibility and visitation – they are a focus for visitors. Private sector growth has occurred through the outstanding Jamala Wildlife Lodge and National Zoo and Aquarium, the National Dinosaur Museum and outstanding nearby wineries.

John Everall is quick to point out, however, “Surrounding all of this, is the fact that the Green is now a major venue for tourists, and although a strong and worthy competitor, always needing to monitor others’ marketing plans, Government actions or particularly in-action, and that fluctuating economy that has a strong effect on all Canberra businesses, it is a leader, and innovator, and can proudly hold its place within the Canberra scene.”

“From a personal point of view, I am delighted that Doug and Brenda’s dream and vision, Cockington Green, has matured through all these stages to celebrate a 40th Anniversary. I enjoyed both my professional relationship, and particularly my personal relationship, with Doug and Brenda. The respect that I have for their abilities and passion now carries through to “the kids” … what an amazing success they have made with their initiative and drive!

“You know, the original Cockington Green (Babbacombe Model Village) over there in England must be shaking its head and saying, ‘how could they pick up this idea and translate it into such a successful venue over there…Amazing!!”, concluded John with one final burst of pride.

Like Brenda and Doug, John knows the Cockington Green dream hasn’t reached its final destination. There’s still so much to be done, but with the next generation with their hand on the wheel, counting the pennies will be important as the next 40 years in this story unfolds.