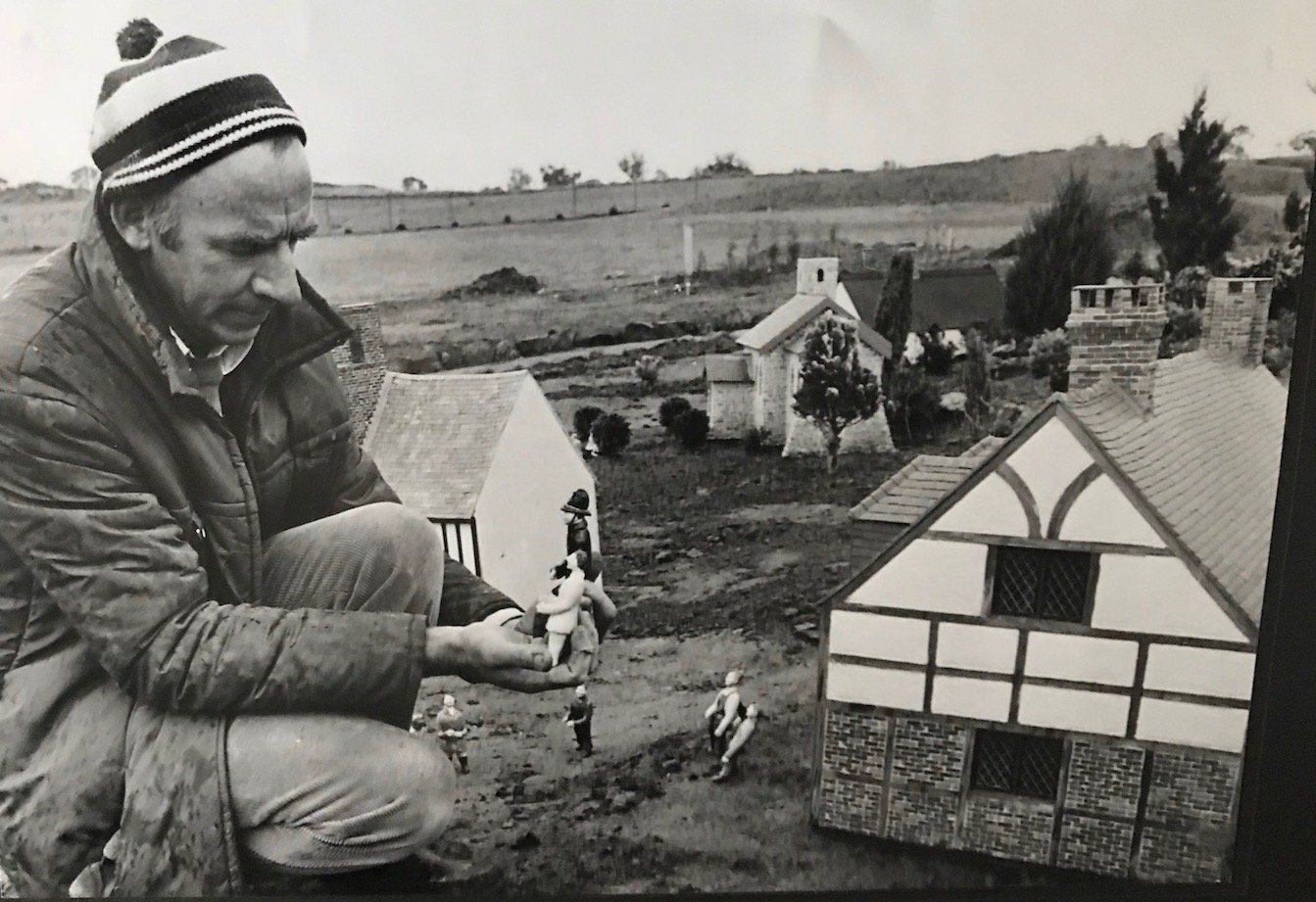 “Cockington Green’s approaching 40th birthday has caused me to stop and think about how much the world has changed in a relatively short time,” said Greg beginning his reflection on a very old partnership. He added, “I have no doubt this is the case through history, but for me the expansion and miniaturisation of technology in the second half of my life is incredible to reflect on.
“When I joined the then Canberra Tourist Bureau as Manager in Melbourne during September 1984, our technology was limited. I recall a telex machine and possibly a cash register. Client files were recorded on a system of cards that resembled old library records. Paper receipts were issued for transactions along with hand-written tickets for transport, tour and accommodation services. The daily reconciliation and banking were a nightmare that could extend over multiple days,” Greg recalls with frustration still etched in his remarks.
Greg continued, “But let’s go back to September 1984. Bob Hawke had been PM for 18 months; his Tourism Minister John Brown obviously loved life and Australia; the elusive America’s Cup had been in our grasp for a year (with the defence thereof already touted as Australia’s greatest tourism event in prospect); Tourism Australia were taking on the world; domestic tourism was buoyant with state and territory tourism authorities expanding rapidly to make discovering their destination easier for the average Aussie.”
Change was coming rapidly and standing still was not an option as Greg recalled, “Industry operators were in a similarly dynamic state: TAA and Ansett were scrapping like ‘cats and dogs’; Greyhound and Ansett Pioneer fought for the road transport market – with many others joining in to expand routes and timetables; and perennially popular ‘sightseeing tours’ started to introduce special interest and even experiential options.”

Greg remembers fondly, “I inherited a wonderful team in the Melbourne office. The core of the team were George Inglis, Lucy Cook (an expat Canberran), Judy Read and Margaret Thurwood. They worked hard, worked happily, and projected Canberra in a very positive light. I think fondly of the fab four and hope life has been kind to them.”

The Greg and George show in Melbourne was legendary. There wouldn’t have been anyone in the industry who didn’t know them. George’s incredible dress sense ruled out any chance of invisibility, something he certainly never set out achieve anyway. Pink jackets, cream trousers, suede shoes, fashionable ties – he carried that flair into his passion for selling Canberra and along with Greg, promoting Cockington Green.

Greg noted, “Obviously, Canberra and surrounds did not in 1984 offer the expansive and varied a choice of things to do that exist now. But we were pretty pleased with what we had, and Cockington Green which had been open for about five years provided visitors with an experience away from the Government attractions.

“I recall quite a lot of other promotion that Cockington Green achieved through papers and TV shows. Something in the past makes me think that Don Burke visited and featured Cockington Green in his very popular gardening program, but there was also frequently editorial coverage in papers and magazines. It was therefore a ‘must visit’ feature for tours, gardening groups, and also self-drivers heading to Canberra,” said Greg remembering the key drivers of the Melbourne marketing activity.

“John and Doug, often along with Jillian Sheather who did the trade show circuit for Canberra Tourist Bureau, would grab George or grab his agents’ referrals and disappear. We were a home-base for their activity and enabled them to ‘stay in touch’ by being able to offer access to a Fax Machine. I mentioned earlier that times were changing,” Greg said with a wry smile.

Having something different to promote was helpful for Greg and his team. The Public Institutions were very important, but so too was new and unusual product. Cockington Green certainly provided that unique marketing and promotional angle. As a new attraction, it was also continuing to expand its display.

He added, “Their generosity while they were finding their own feet was very kind and always unconditional. And the experience never disappointed, we would always return to Melbourne with a new group of disciples who discovered that visiting Canberra really could be great fun.”

Greg’s career has changed paths since those early days in Melbourne, but it is a relationship that has remained. It’s a testament to the importance of finding common ground and working hard in building trust and respect.

“My time in Melbourne ended in 1987, with Graeme Chambers taking over as manager. In the roles I returned to with the former Canberra Tourist Bureau I was able to remain involved in various ways with Cockington Green, and these were different but no less-satisfying times,” Greg remembers with much satisfaction.