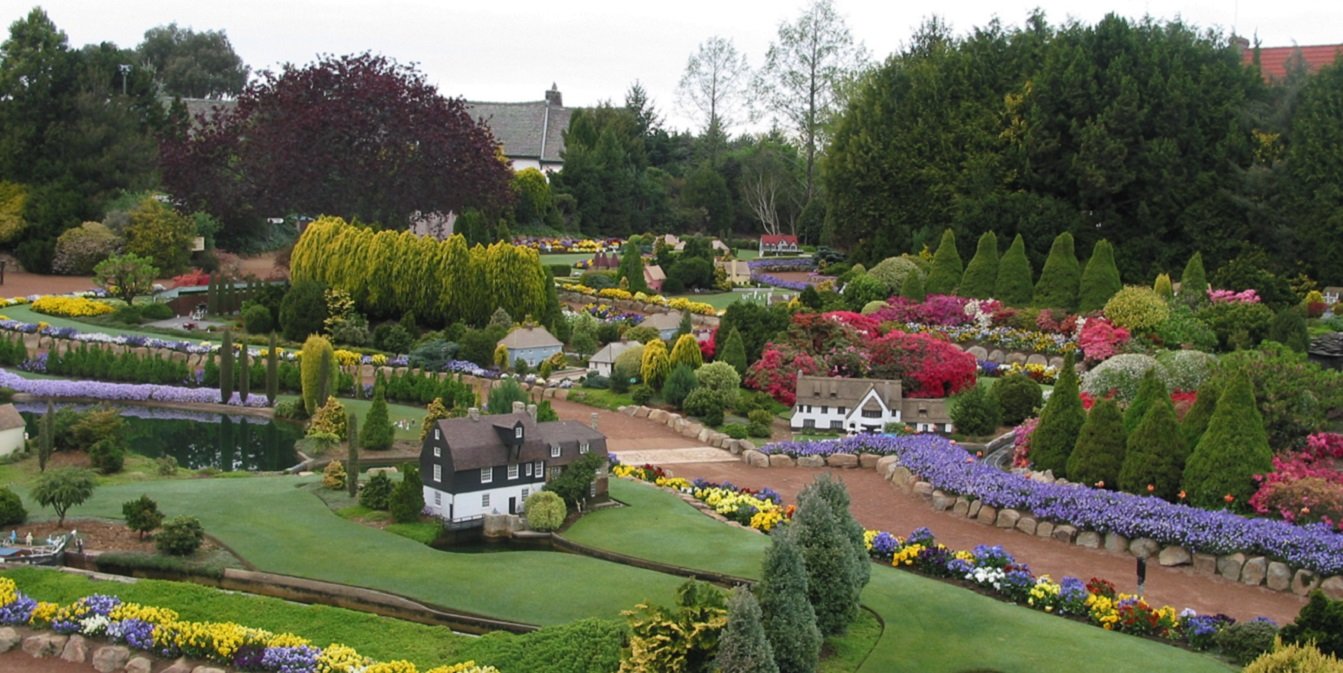 The original Cockington Green Gardens display winds its way through superb manicured gardens and depicts many of the varied and colourful scenes of Great Britain that the Sarah family discovered and explored during an extended holiday to England in 1972.

Cockington is a quaint English village located in Torquay in the English county of Devon that the family enjoyed and fell in love with during their extended holiday. They subsequently named their Australian Tourism Award-winning business after this delightful and picturesque village.

The manor house was built after Doug saw it advertised for sale in a UK magazine. So taken with the look, Doug decided to replicate this beautiful country mansion in painstaking detail, complete with its Queen Anne facade.

It is hard not to associate the sports of cricket, golf and soccer with England and Great Britain. There is a village cricket scene which is found in any number of locations throughout the land as well as the obligatory soccer pitch and stadium. The soccer match includes one of the more famous streaking incidents that featured at games before accessing pitches uninvited was made more difficult and certainly more expensive.

The Sarah family has a wonderful sense of humour and this has been shared and developed by the family and staff over the past 35 plus years. This humour is evidenced in the soccer scene as noted above. You will see many other figures that will make you laugh as you meander through the display, such as the butcher and the dog, a man reading a newspaper on the toilet, Dr Who and the Tardis, Star Wars, just to mention a few. The key is to keep a sharp eye out for the subtle humour found in various parts of the display. It’s designed to keep you exploring and guessing.

The original figures complementing each of the displays were made by Doug’s sister Elwyn, however, on her departure from the business, Doug and Brenda’s eldest daughter Sally-Anne took on the role of making the more detailed and charismatic figurines which are now prominent in the display today. Due to newer materials and evolving techniques, these figurines should be able to endure a more extensive period of display under our extreme Australian weather conditions.

All the buildings in the UK section were constructed by Doug. Prior to the display’s opening, Doug spent many hundreds of hours perfecting the construction of the model buildings, often experimenting with materials and techniques to ensure the buildings could withstand the varying weather conditions. Doug’s knowledge and skills have since been passed down to younger generations who continue to build on the legacy that has been given to them.