Despite its look and feel, Pueblito Paisa is a more modern part of the Antioquia Region located on top of the Nutibarra Hill above the metropolis of Medellin in Colombia. The original Pueblito Paisa (which means little town) was constructed in 1976-77 and inaugurated on 3 March 1978 by then Mayor Dr. Guillermo Hipcapie Orozco and then Director of Medellin Tourism, Mrs Nichols Mariluz Vallejo. Mrs. Nichols later became Charge’s d Affaires for Colombia in Australia and helped construct the model on display at Cockington Green Gardens.

Pueblito Paisa is a replica of a typical turn-of-the-century Antioquia town complete with its own traditional stone water fountain in the centre of the town square surrounded by the church and rectory, the mayor’s office, a barber shop and a single-room school house. It has become very important to locals as a place to escape the hustle and bustle of Medellin and glimpse a bird’s eye view of the city below, and nearby surrounding mountains and valleys.

The older look of Pueblito Paisa was greatly assisted by the repurposing of old material which was recycled into many of the buildings. This included the church’s front door which originated from Casa de San Vicente, the church’s wooden alter dating back to the 1920s, an old barber’s chair as well as school chairs, desks, beds and cooking utensils taken from late 19th century and early 20th century settings. 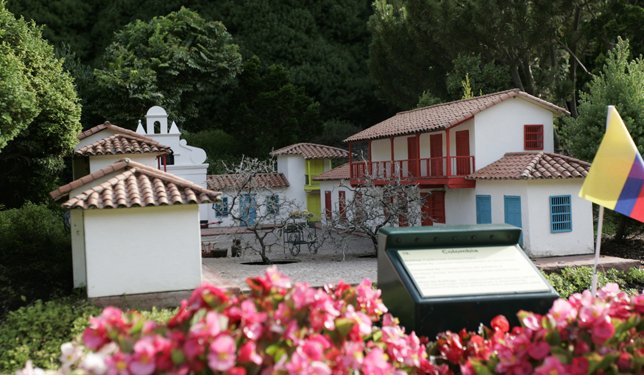 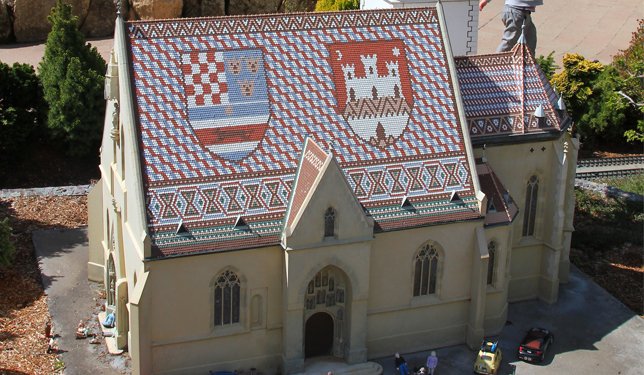 St. Mark’s Church was built around the turn of the 12th Century or early 13th Century. It is the Romanesque window found in the south of the building that provides evidence of the date of original construction. The church was built in the centre of an old secular settlement which was granted the privileges of a “Free Royal Town” in 1242 following the withdrawal of the Mongols.

The building, with its Late Gothic style and Romanesque features has undergone a number of changes with significant reconstruction reported around the late 14th Century.
The south portal of the church and dating around the end of the 14th Century including sculptures by the Parler family from Prague is said to be the most valuable part of the structure. The south portal is considered to be the richest and most valuable Gothic portal in southern Central Europe.

The striking tiled roof featuring the emblem of Zagreb on the right-hand side and the medieval coat of arms of Croatia, Slavonia and Dalmatia on the left-hand side was constructed in 1880.

When you need to protect the crown jewels, you build a castle. Whilst not its only function, Karlstejn Castle was founded in 1348 by Charles IV, German king and King of Bohemia (1346-1378) and Holy Roman Emperor (1355-1378), to protect the imperial crown jewellery and the insignia of the crown of Bohemia.

Today, Karlstejn Castle is one of the Czech Republic’s most popular destinations after Prague. This classic medieval castle was completed some 20 years after construction commenced with Charles IV personally supervising both construction and interior design. Like most buildings of that era, the history of Karlstejn Castle is rich with stories of various conquerors and vanquished having occupied the fortress.

Upon commencement of the Hussite Wars in 1421, the Imperial Regalia which was under lock and key in the castle was moved to Nuremberg. In 1422 during the siege of the castle, Hussite attackers engaged in biological warfare by catapulting dead bodies and dung over the walls in an attempt to spread infection among the occupants.

The Castle’s Gothic-Renaissance-style has been subject to considerable change over the centuries, although many later changes were removed to bring back an original medieval style from whence the Castle had its origins. 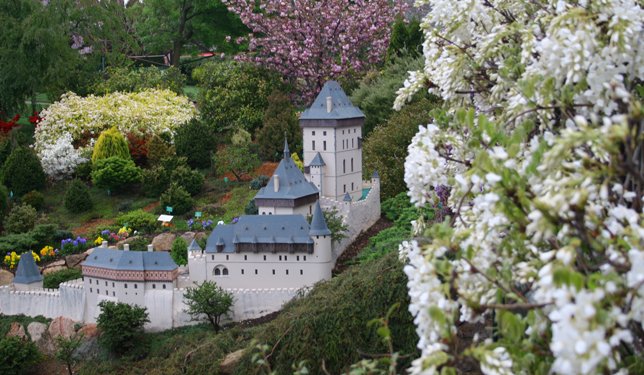 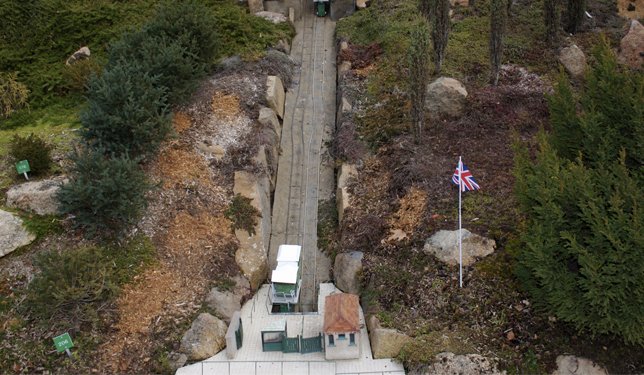 Model Construction by:  The late Con Reynolds of Narrabundah ACT

This historical transport mode was designed as a solution to the major economic difficulties created by the high cliffs separating Lynton (at the top of the cliffs) and Lynmouth (down by the seaside) on the Devon coastline. In 1881, nine years before the cliff railway commenced operation, an anonymous person suggested the novel solution to overcome the problems created in transporting goods and people between the two towns.

It wasn’t until 1887 that construction commenced on the cliff railway following considerable investigations to establish suitable engineering solutions for such an ambitious project as well as to determine the financing of such a venture. For some investors, it was a matter of the cliff railway supporting their existing ventures to capture value in property and trading activities.

The opening ceremony for the Lynton and Lynmouth cliff railway was conducted on Easter Monday, 7th April 1890 by Lady Jeune, Lady of the Manor of Lynton, under the watchful guidance of wealthy publisher, Mr. George Newnes, the main financier of the project.

Such is the importance of the magnificent village of Hollókő in northern Hungary, around 100km from Budapest, it is included on UNESCO’s World Heritage List. This deliberately preserved development depicts a living example of rural life before the 20th century agricultural revolution.

The village was developed mainly in the 18th and 19th centuries although it has been the subject of considerable destruction and reconstruction over the centuries. Much of the destruction was the result of devastating fires given the juxtaposition of the village with significant vegetation. The dangers of the timber structures were always known as the village’s residents ignored a 1783 decree prohibiting the use of wood for housing construction. The last major fire recorded in the village was in 1909.

Now just ruins, Hollókő’s medieval castle was first mentioned in records in 1310. Control of the castle and the original village was by either Ottoman or Hungarian forces until the site was finally abandoned in 1683 at the end of the Ottoman era. From that time, the present Hollókő village began to take shape. Nowadays, the old national traditions of Hollókő come to life each Easter when villagers wear national costumes for two days whilst enjoying festivities.

No. of residential buildings:  55 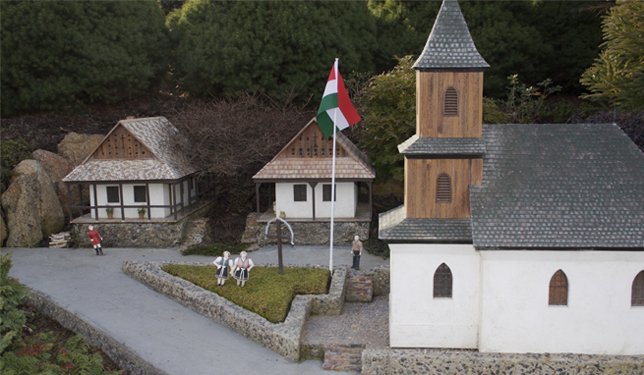