Sponsored by: High Commission of India

Lahore Gate is the main entrance to the UNESCO World Heritage Listed Red Fort lying on Delhi’s Yamuna River. The fort’s origins go back to 1639 as the palace of the fortified capital of Shahjahanabad established by the fifth Mughal Emperor, Shah Jahan. Shahjahanabad was what is present day Old Delhi. Construction of the fort was completed on 6th April 1648 as designed by architect, Ustad Ahmad Lahauri who is also believed to be the main architect of the Taj Mahal.

Shah Jahan had decided to move his original capital city from Agra to Lahore at the time the Red Fort was commissioned. The original fort was red and white which were the favourite colours of the Shah and it enjoyed both a colourful and turbulent existence in the years until British occupation from 1857. Until the arrival of Lord Curzon, Viceroy of India between 1899-1905, the fort suffered considerable damage and theft. Fortunately, Lord Curzon oversaw the fort’s considerable restoration and return to prominence.

On 15th August 1947, newly independent India’s first Prime Minister, Jawaharlal Nehru, raised the Indian National Flag above Lahore Gate at the Red Fort. Since then, the Prime Minister of the day has raised a flag and given a nationally broadcast speech to celebrate Independence Day. 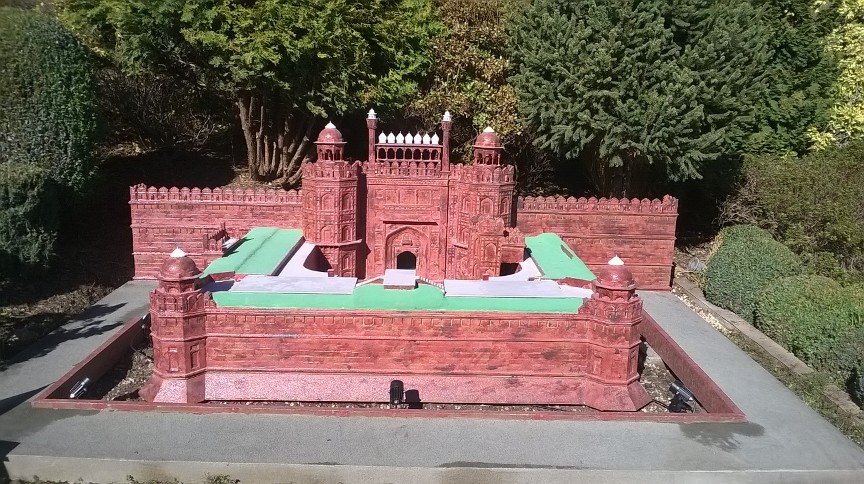 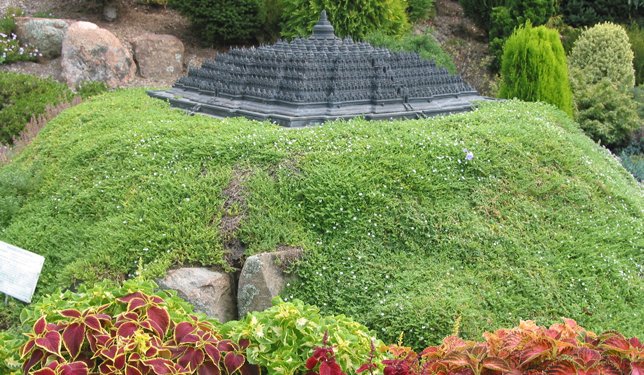 Sponsored by:  Embassy of the Republic of Indonesia (in conjunction with Garuda Airlines)

Simply breathtaking in scale and appearance, Borobudur Temple is the largest Buddhist monument in the world. This Buddhist stupa in the Mahayana tradition is said to be the most complex building in the world and took 75 years to construct being completed under the reign of Samaratungga in 825AD during the Sailendra Dynasty.

The Temple is constructed with around 55,000 square metres of lava rock and built in the form of a lotus, the sacred flower of Buddha. Borobudur began to gain significant profile from 1814 through the efforts of Sir Thomas Stamford Raffles when Java was under British rule.

Borobudur Temple was used as a Buddhist Temple from its 8th and 9th century construction period until it was abandoned somewhere between the 10th and 15th centuries until its rediscovery and resurrection under Raffles in the early 19th century. The Indonesian Government and UNESCO undertook the most significant restoration project of the Temple between 1975 and 1982 which preceded UNESCO World Heritage Listing.

Sponsored by:  Embassy of the Islamic republic of Iran (Website)
With funding assistance from Aus-Industry Australian Tourism Development Program.

Persepolis, approximately 50km north-west of Shiraz, is considered to be among the world’s greatest archaeological sites with its origins dating back 2,500 years to around 518 B.C. when founded by Darius the Great, the Achaemenid Empire’s king. Darius (522-486 B.C.), his son Xerxes (486-465 B.C.) and grandson Artaxerxes (465-424 B.C.) built the Mesopotamian model-inspired palatial complex on an immense half natural, half artificial terrace.

Designed primarily as a showplace and spectacular centre for the receptions and festivals of kings and their empire, Persepolis was indeed the seat of government of the Achaemenid Empire. Around 100 years after the completion of Persepolis, Alexander the Great orchestrated the annexing of Persia and the capture of Persepolis as he set about his unprecedented military campaigns throughout Asia and Northern Africa. His assault on Persepolis ultimately saw widespread looting of the complex by his troops and much destruction, mainly caused by fires.

Grey limestone, mud-brick and cedar are the main materials used in the construction of this wonderous World Heritage Listed site. To safeguard this incredibly valuable site, constant monitoring ensures that negative impacts from nearby developments and habitation do not detract from the Outstanding Universal Value, integrity and authenticity of ancient Persepolis. 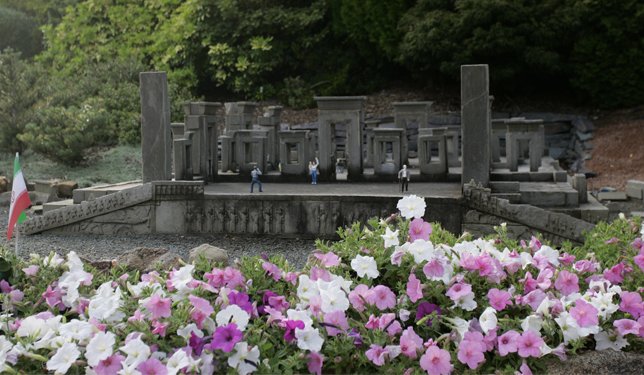 Recognised by:  UNESCO inscribed Masada on the World Heritage list in 2001

Masada is considered to be a poignant symbol of the continuing human struggle between oppression and liberty. This struggle is evidenced throughout the history of the site, most notably after Judaea became a province of the Roman Empire and the last survivors of the Jewish revolt chose death rather than slavery when the Roman besiegers broke through their defences during the first Jewish-Roman War of 66 A.D. to 74 A.D.

Masada was founded and first fortified by Hasmonean ruler, Alexander Jannaeus in the first century B.C. Between 37 and 31 B.C., the Judaean king, Herrod the Great, constructed a sumptuous palace on the dramatic site atop the naturally fortified plateau overlooking the Dead Sea. The palace complex of classical Roman style was an example of outstanding opulent architectural design.

The capacity for innovation in sustaining occupation of such a difficult site is found in the complex water system that was particularly sophisticated. It was capable of collecting rain water run-off from a single day’s rain to sustain life for a thousand people for two to three years allowing the transformation of this barren, isolated and arid hilltop into a lavish royal retreat.

This World Heritage Listed site is of immense importance to Jewish cultural identity. The miniature display of this revered site was inaugurated on 18 May 2011 by His Excellency, Mr. Yuval Rotem, Ambassador of Israel to Australia.

Protection:  Picnicking and commercial activity prohibited on the summit

Sponsored by:  The Ayash family, Ayoub Supply Company and the Jordanian Community of Sydney.
With funding assistance from Aus-industry Australian tourism development program.

Petra is one of the world’s great historical sites laced with centuries of incredible stories of human habitation and creation. Confirmation of its great importance is found in UNESCO’s description of the ancient city as “one of the most precious cultural properties of man’s cultural heritage”.

Al Khazneh is Petra’s most famous edifice whose function during Nabataean times remains largely unknown although believed to have been the mausoleum of the Nabatean King, Aretas IV Philopatris in the 1st century AD. Carved out of sandstone rockface, the structure is some 50 metres high and 30 metres wide and is seen as one of the most elegant remains of antiquity. The interior is surprisingly small although its persona is huge. Movie buffs will immediately recognize this spectacular site from the movie, “Indiana Jones and the Last Crusade”.

The name of Al Khazneh (The Treasury) is purported to have come from Bedouins in the early 19th century believing the structure contained treasures. The model at Cockington Green Gardens was sponsored by the Ayash family, the Ayoub Supply Company and Jordanian Community of Australia, along with the support of the Australian Government’s tourism development program.