Notwithstanding, as with many historical sites throughout the centuries, the structure has been subject to considerable damage and decay over the course of its existence. Following the defeat of the Teutonic Order at the Battle of Grunwald in 1410, the Island Castle became the residence of the Grand Duke Vytautus the Great. Trakai Castle lost its military and residential functions by the 16th century and was seldomly visited by the Grand Dukes from that time.

Serving as a prison and then suffering damaged during the 17th century wars with Muscovy, the decay of the Castle escalated, and it gradually fell into disrepair. Romanticism ideas in the early 19th century saw the commencement of the Island Castle’s resurrection. In 1905, Imperial Russian Authorities attempted reconstruction as did the Germans during the First World War. Major reconstruction, repair and conservation took place following World War II returning a 15th century style to Trakai Castle.

Vytautus the Great:  Died in the Trakai Island Castle in 1430 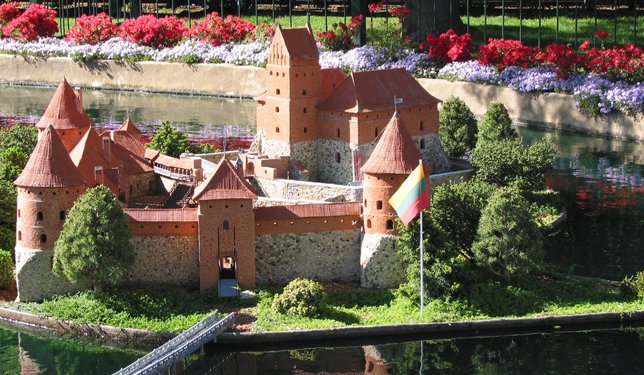 Château Le Réduit or The State House is today the official residence of the President of Mauritius after originally being constructed in 1748-49 by the Governor of the Isle de France, Pierre Félix Barthelemy David as a fortress from which to defend attackers. This was at a time of rivalry between the French and the English for colonial possessions in the Indian Ocean.

From around 1764, Château Le Réduit served as the residence of Governors of Mauritius, both French and British. The property was subject to many modifications from 1764 to 1778. White-ant damage after this time left the Château in ruins and subsequently requiring significant restoration. The British took control of the island in 1810 and further modifications and repairs to the building were undertaken from that time as well as significant attention given to the grounds by leading botanists.

In 1921, Governor Sir Hesketh Bell who had taken an interest in the gardens of Le Réduit had a memorial established in the grounds to Pierre Félix Barthelemy David. The memorial is named Le Temple de l’Amour with a marble inscription of the floor of the memorial which reads, “TO M. BARTHELEMY DAVID / Gouverneur de I’Isle de France 1746 / the creator of Le Réduit / his Grateful Successors.”

An open day once a year provides the public with access to the Château and gardens, a day which includes a garden show and recreational and cultural activities. The display at Cockington Green Gardens is sponsored by the Government of Mauritius and was inaugurated by Dr. Arvin Boolell, Minister for Foreign Affairs, Regional Integration and International Trade for the Republic of Mauritius.

Sponsored by:  Embassy of Mexico

Founded on 20 June 1325, Tenochtitlan was a city-state in what is now the centre of Mexico City. It was the spiritual and physical heart and capital of the expanding Aztec empire until it was captured by the Spanish in 1521.

The most important buildings of Tenochtitlan were situated in the centre of the city, the headquarters and residence of the ruling group. The ceremonial precinct was in a quadrangle measuring more than 300 metres in length. The enormous pyramid of Templo Mayor, the main temple of Tenochtitlan, that served as the base for the twin temples of Tláloc and Huitzilopochtli was outstanding in size. It had a double stairway flanked on either side by low sold balustrades.

Tláloc was the God of Rain and Huitzilopochtli was not only the God of War and Sun, but the patron of Tenochtitlan and God of the Aztecs. The Aztec history was one of integration and rejection until they finally found an omen which indicated where they should settle indefinitely, that omen being an eagle devouring a serpent on top of a cactus. It was in that spot that they founded their capital, Mexico-Tenochtitlan in 1325 A.D.

The ruins of Tenochtitlan are part of the World Heritage Listing of the historic centre of Mexico City with Templo Mayor being destroyed by the Spanish conquerors after 1521 to make way for a new cathedral. 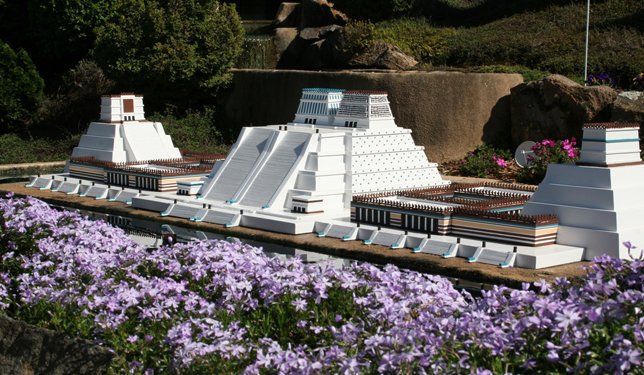 Pepper and salt, bread and butter, tea and coffee, gin and tonic, Kath and Kim, Holland and Windmills – some things immediately come to mind when thinking about items that go together.

With over 1,000 windmills to be found in the Holland region today, the windmill is unquestionably the one thing that would cross the minds of most when thinking about this fascinating part of the Netherlands, a country with so much history and tradition. The low-lying lands of Holland region made it necessary to find a way to ensure that water could be removed from the lowlands and back into the rivers and dikes to allow land to be farmed.

The Binnenkruier Windmill was a variation on the standard windmill in that the sails can be turned into the wind with a mechanism. One such windmill is the Mill De Twiskemolen (Twisk-mill) in the principality of Landsmeer in North Holland. Windmills are becoming more difficult to operate in areas of increased development because the height of surrounding buildings reduces the ability of some windmills to catch the wind.

Once a year on the second Saturday of May, Holland conducts National Mill Day when around 600 windmill and watermills open their doors to visitors.

The Georgian-style Treaty House has a rich and controversial history even preceding its construction in 1833-34 for the British Resident in New Zealand, James Busby. The original design of the property by John Verge was considered too extravagant by the New South Wales Governor and subsequently was halved in size following the intervention of colonial architect, Ambrose Hallen.

Just ahead of the 1934 centenary celebrations handing over the house to the nation by then Governor-General, Lord Bledisloe, major renovations and additions were made to the building. This saw what is now known as Treaty House increase around eight times in size from the original building occupied by James Busby in 1834. This might have been some atonement by architects William Gummer and William Page for Hallen’s earlier scaling down of the building.

The display at Cockington Green Gardens is sponsored by long-time supporter of the attraction and New Zealand national, Mrs. Fran James long with funding support through the Australian Government’s regional tourism program. 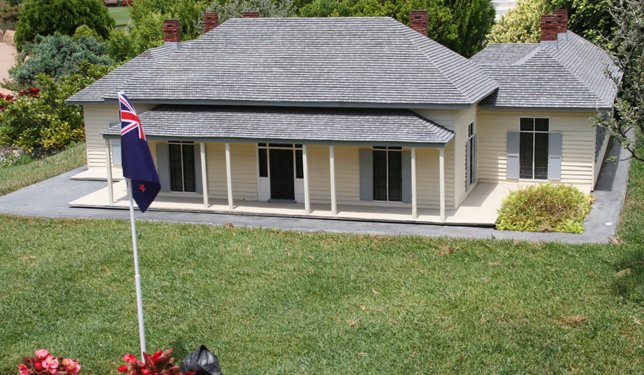