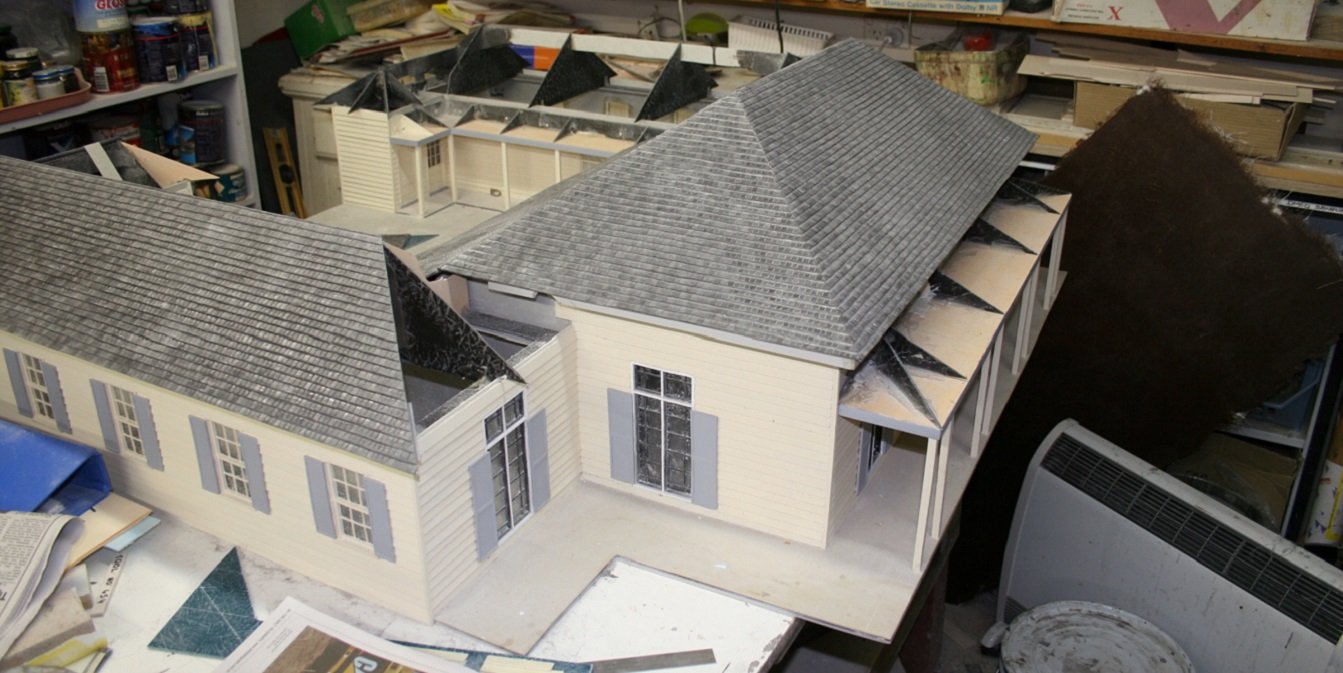 Miniature replica buildings in the original section of Cockington Green have been completely hand built by Doug and members of the family. The original English village models are 1/12th scale replicas of actual buildings found throughout Great Britain. These replica models are constructed from scaled plans drawn from photographs.

The International Area, which first opened in 1998, is constantly growing with displays from many different parts of the world. These buildings are of various scales from 1/18 – 1/100 and are sponsored by High Commissions and Embassies in Canberra. The different scales allow for the larger exhibits to fit into the display area.

Model making was then expanded to include a fulltime artisan, Robert Pavlekovic who was dedicated to the creation and repair of the models. Today, along with family members, as many as four people can be working on any one model at any time.

Construction generally takes place on site. In a few cases international displays have been constructed overseas or locally off-site, being supplied to Cockington Green complete and ready for display. Continued support by Embassies and High Commissions has assured the display will continually grow, with a current waiting list for model construction.

The main materials used in construction are fibreglass and aluminium. Timber has not been used due to weakness and poor maintentance characteristics when exposed to the elements in such small detail. In most cases, silicone rubber moulds have been made of the desired part and then reproduced in resin. The majority of components such as doors, windows, bricks and tiles are made in this manner then fixed individually in place. With some models, up to 45,000 bricks have been ‘laid’ on a single building. Depending on size and detail, models can take from four up to eighteen months to construct. Regularly, buildings that are under construction or being repaired can be seen through a viewing window in the workshop.