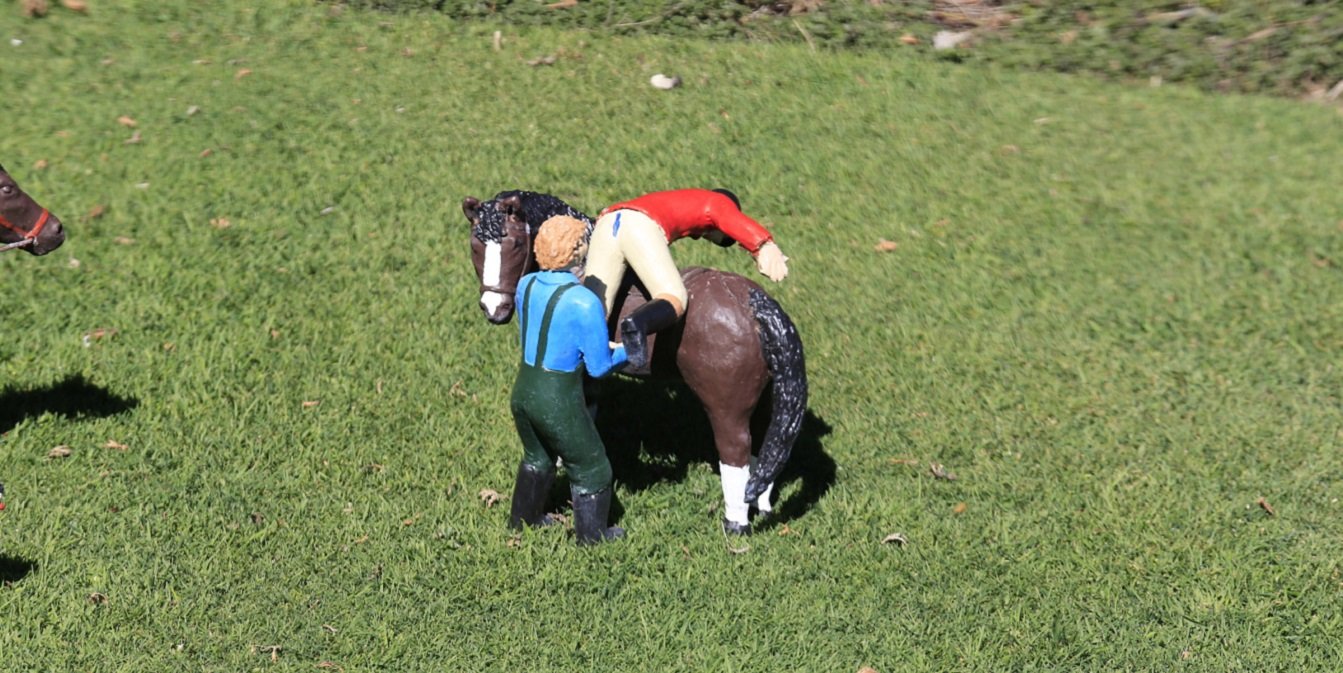 Predominantly most of the miniature figures used in the display have been hand-made from clay, bisque fired then painted. Many hours of work is spent in their creation and many hours more in maintenance with most being repainted at least once every year. Up until recently the creation of these ‘little people’ have been sculptured by family members on site. In the case where the scale of the little people is reduced dramatically, tiny figurines commonly featured in train dioramas, of only a couple of centimetres in size, have also been used.

There are approximately 1,500 miniature people, animals and birds in the display. One thousand of these figures are in one display alone – the cheering spectators in the popular Football match. As you can imagine, the displays represent thousands of hours of work. Add to this the fact that every figure placed on a display lawn must be removed and replaced twice a week to allow for mowing!

Another entertaining aspect of the display to watch out for is the Sarah family’s dry sense of humour. It is abundantly evident with the placement of and situations depicted, by some of the little characters.