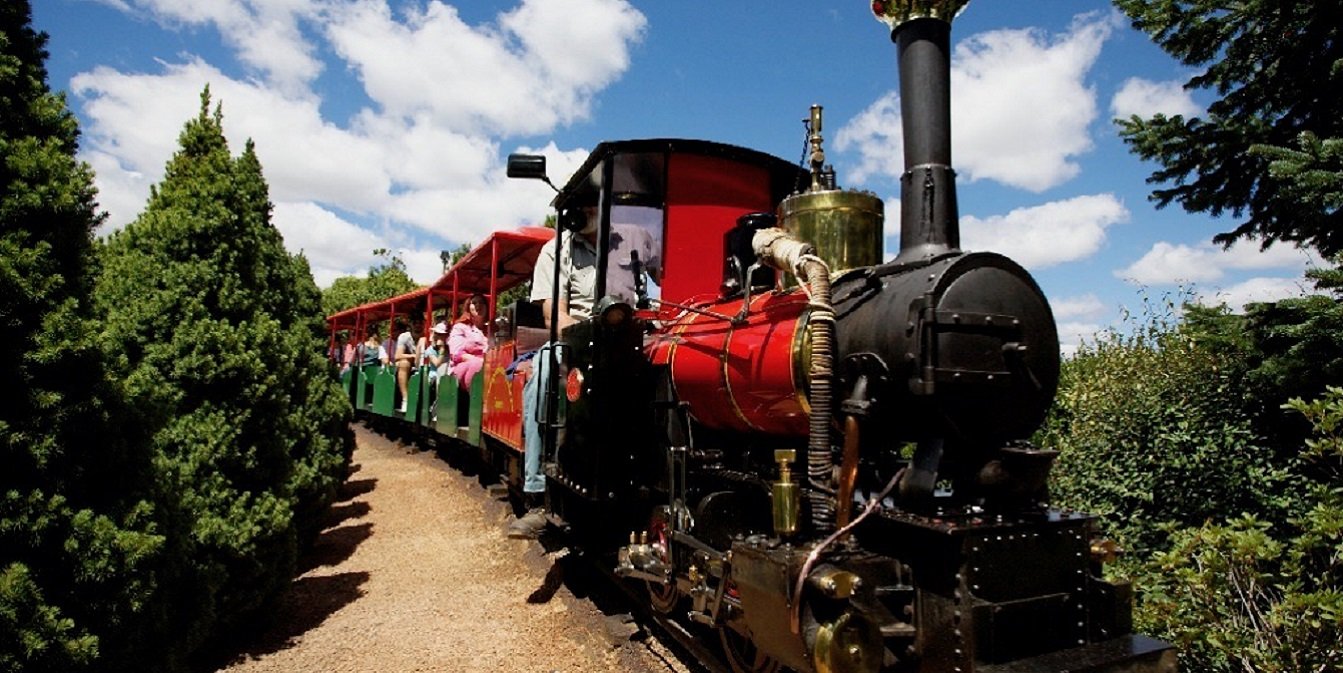 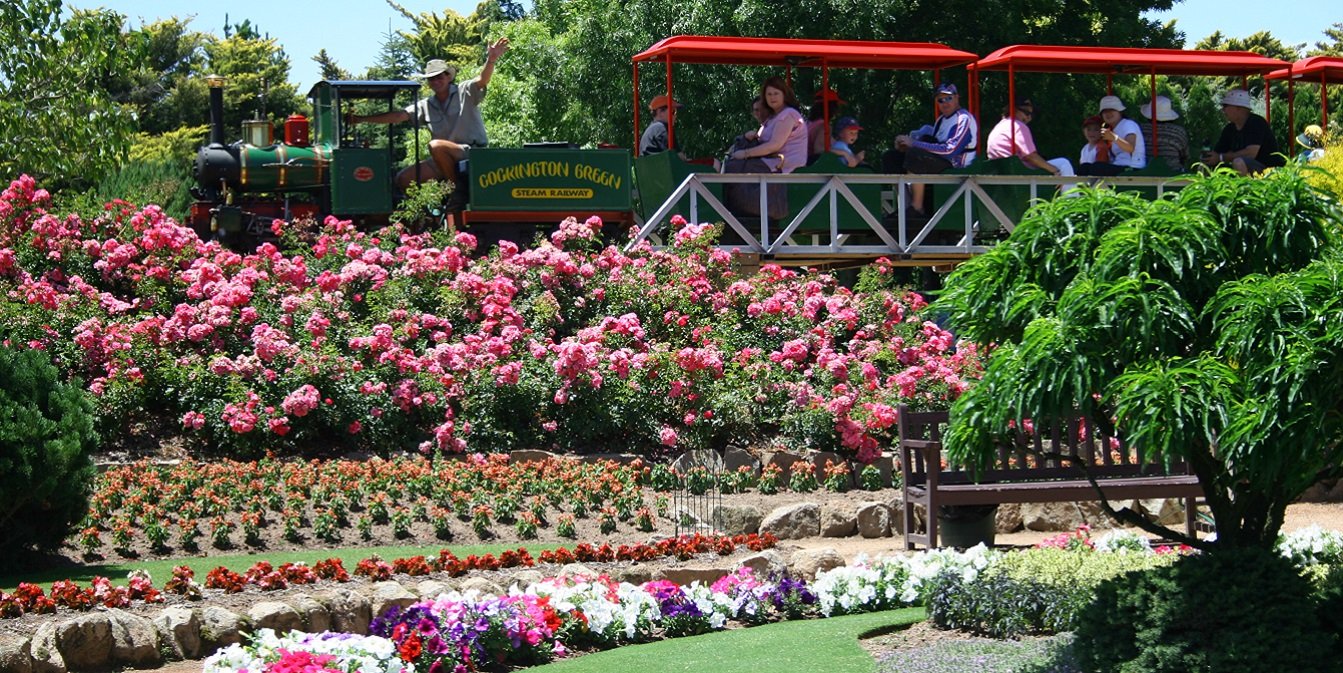 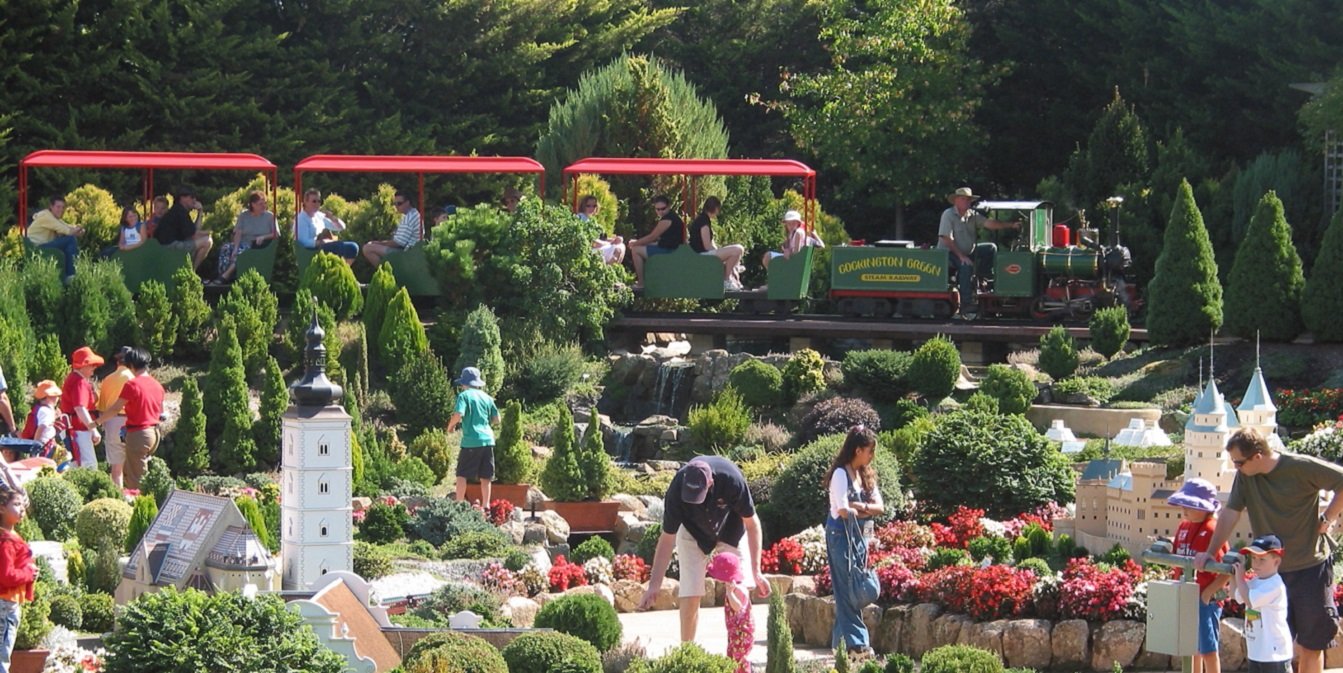 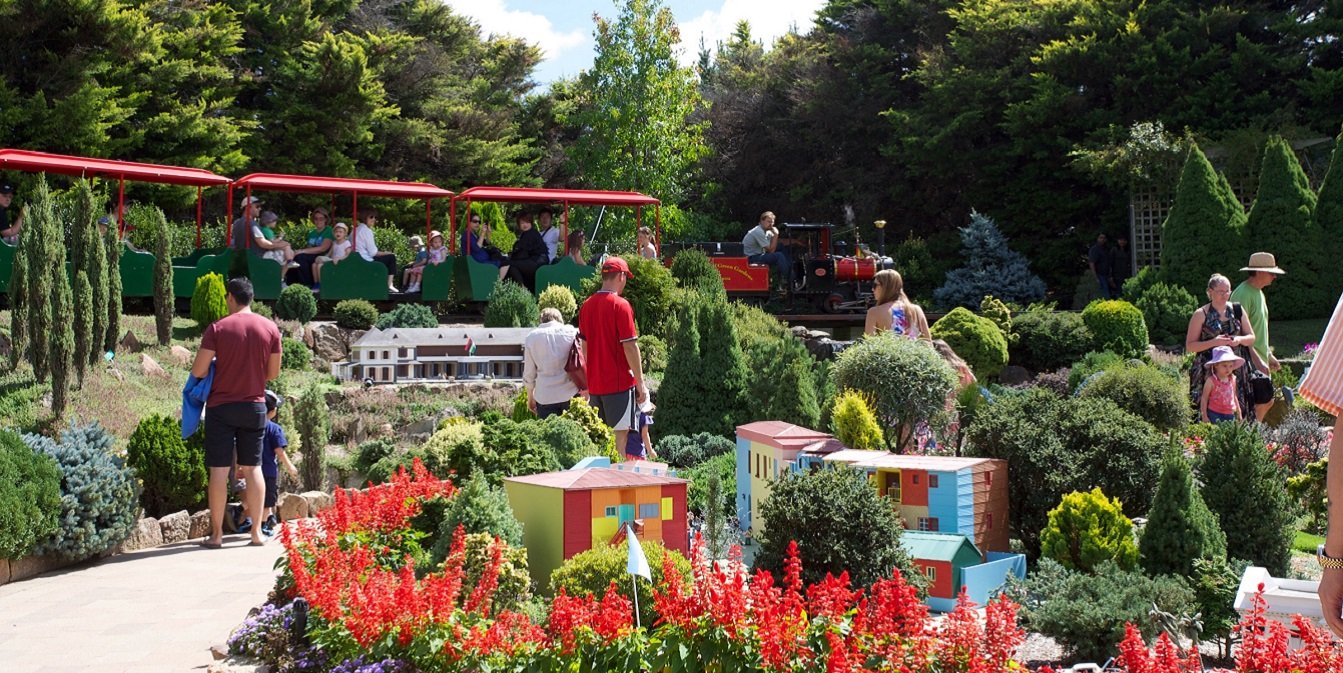 One of the most popular attractions at Cockington Green Gardens is the Miniature Steam Train Ride!

The train was specially made for Cockington Green Gardens and is a half size replica of a Fowler Cane Loco and operates on a 12″ gauge track with a drive configuration of 0­4­0. Originally fuelled by coal, the miniature steam train was converted to run on gas and is believed to be the only one of it’s kind. Being more environmentally friendly this wonderful little train can seat up to twenty people at one time, with each ride consisting of two laps around the track. Offering an elevated perspective, the train ride can be enjoyed by people of all ages whilst absorbing the beautiful scenic surrounds of the International Area and picnic grounds.

Whilst wondering through the gardens you will also come across a variety of scale miniature trains.

The inter-city 125 electric train was constructed from plans supplied by British Rail. The process of constructing this train was quite involved and took many months. Firstly, a solid timber mould was made followed by a second mould of fibreglass. The train is powered by a 12 volt DC transformer running two 12-volt wheelchair motors, and controlled by a press and release button adjacent to the Station.

Have you ever wanted to be a train driver! Venture into the International display and you will find the ‘G’ scale garden railway of locomotives and rolling stock. From a specially designed operational point, visitors have the opportunity to drive the trains around the duel tracks. You could be in control of anything from an Old Loco to a Bullet Train. Fun for kids… of all ages!