Winter already being overtaken by Spring 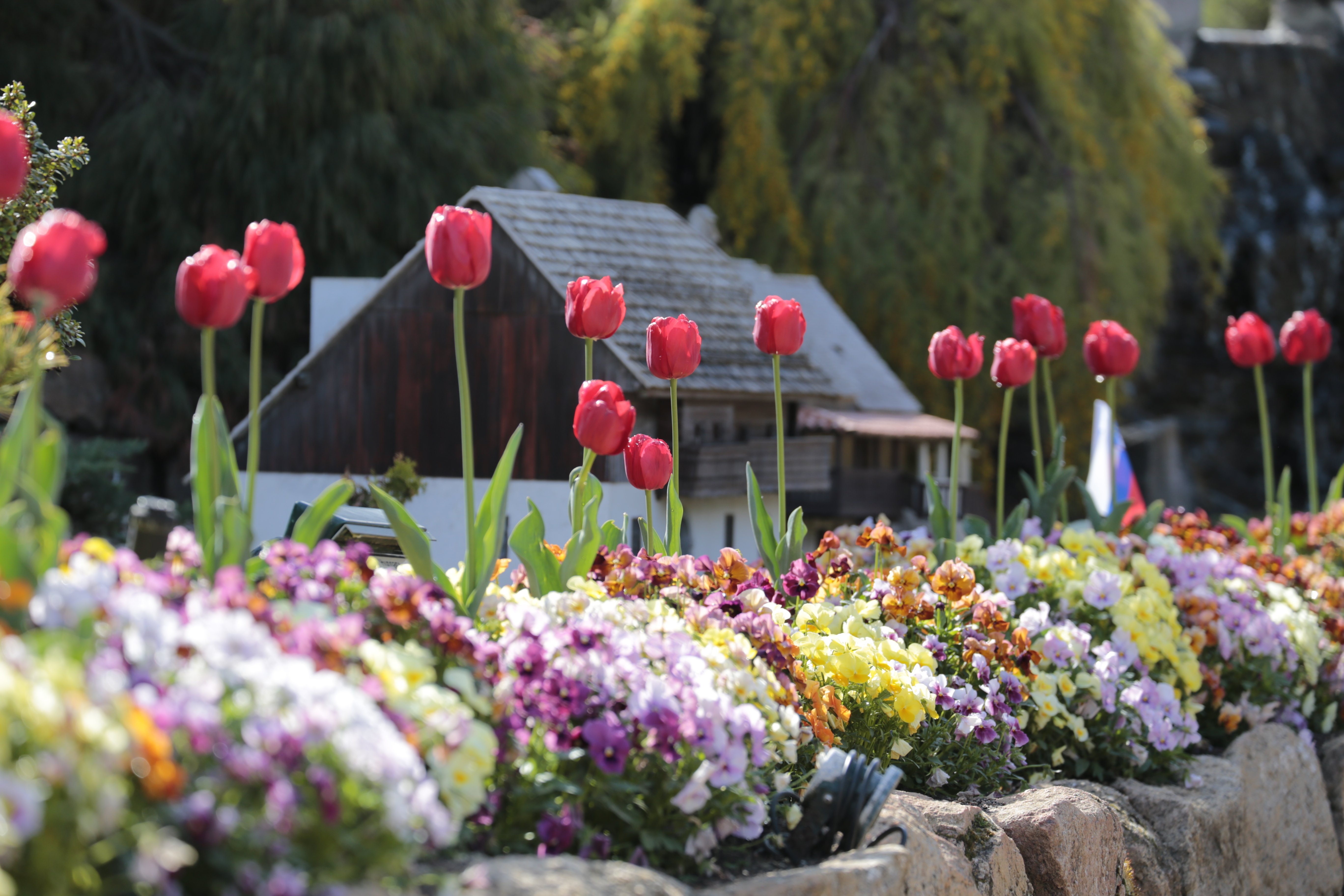 OK, so we are a little way into Winter, but it won’t be very long before the signs of Spring begin to emerge. In fact, Springtime has already jumped the queue here at Cockington Green Gardens.

Our gardening team have been busy in keeping ahead of Winter by planting out the tulip bulbs that will become a feature of our September and October gardens. Head gardener, Ben Doyle has had his team working hard to make sure the Spring display comes into bloom at the right time. Last year saw a fabulous display of tulips and Ben and the team are aiming to make it even better this year.
Of course, it will be some time before the cacophony of colour will emerge fully, but the early planning and planting are key to the end result. People visiting Commonwealth Park, the home to Canberra’s Floriade display will probably already notice the work going on in preparing the tulip beds that feature so heavily throughout the Floriade festival.
Tulips have a colourful (excuse the pun) history. The flower is reported to have been cultivated in
Asia back to around the 10th century but only came to the fore in the West in around the 16th century. This was when Western diplomats to the Ottoman Court supposedly observed and reported on the flower which became a “frenzied commodity” during the aptly named Tulip Mania, when the price for some bulbs during the Dutch Golden Age reached extraordinary heights before collapsing.
Just like the price of the bulbs a couple of centuries ago, we are looking for our tulips to reach extraordinary and colourful heights this Springtime. We wait with anticipation for the hard work of Ben and his team to once again delight our many visitors.